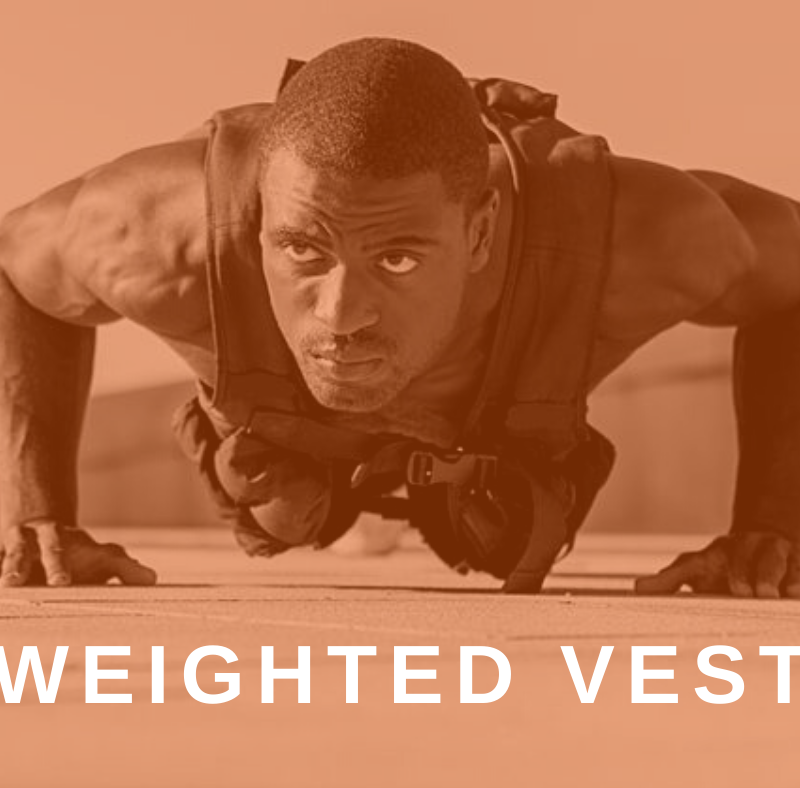 The notion of wearing a weighted vest might occur to a fitness enthusiast for things like pushups and pullups, but what about for other goals? Convincing new research points us in the direction of weighted vests as the latest tools for building power, strength, and propelling weight loss!

In 2018, Drs. Claes Ohlsson and John-Olov Jansson, professors at the University of Gothenburg in Sweden, reported their discovery in rodents of a new system that plays a potentially vital role in the metabolic process. They coined the term “gravitostat” to describe this unique entity.

Working with mice, the two scientists came to view this dynamic as a “heaviness machine” of sorts, a sensor device residing in bones. Functioning similarly to an inbred bathroom scale, the gravitostat appears to continuously monitor a rodent’s weight, striving for maintenance within a specific range. In these studies, the gravitostat appeared to affect the rodents’ appetites, causing them to eat more or less in order to restore homeostasis of body weight.

Unfortunately, humans lack such sensors, most likely owing to the fact that we spend so much of our lives in a sedentary state. As a result, the human skeletal system fails to signal the brain to appropriately “activate” the gravitostat.

As trainers, we regularly encourage our clients to carve out “active hours” within each day. If they are challenged physically in some way, or in the midst of rehabbing an injury, we at least suggest they spend more time standing than sitting. A new and innovative way in which clients can compensate for a sedentary lifestyle involves wearing a weight vest for a designated portion of the day.

Scientists set out to test whether artificially increasing weight loading on obese subjects, accomplished by wearing a weighted vest, elicited any change in body composition. Sixty-nine subjects participated in the study; approximately half received a heavy (11% of body weight) vest and the others received a lighter version (1% of body weight). All subjects wore their vests eight hours a day for three weeks.

At the conclusion of the study, those individuals wearing the heavier vests noted a more pronounced loss in body weight when compared to those carrying the lighter load. Using bioelectrical impedance, assessments of fat mass likewise revealed a greater reduction for those participants wearing the heavier vests. Interestingly, these results matched those observed in experiments conducted on obese rats.

The Versatility of the Weighted Vest

Weight vests worn during workouts may help build muscle mass while concurrently burning excess fat and calories. Such vests vary in design, ranging from as light as 0.5 lbs. all the way up to 30 lbs., according to sources at FitStream. Similar to Velcro ankle weights, some adjustable vests enable the user to add or remove weight bars as he progresses.

“If used properly, weight vests can have extensive benefits in training the cardiovascular system and increasing VO2 max,” says Brock Christopher, CPT, a strength coach at Atlanta’s Porsche Human Performance. Another bit of good news relates to the musculoskeletal system. Bones can actually increase their density as they adapt to handling a heavier load provided from the vest.

If the mere effort of moving seems more challenging while donning a weighted vest, consider the benefits! “You’ll improve your cardiovascular endurance from carrying the extra weight while working out,” says Astrid Swan, a personal trainer based in Los Angeles. In addition, after training while wearing a weighted vest, both conditioning and speed increase once the user sheds the added weight. Power, too, shows an uptick after this mode of training. Brock Christopher has observed improvements among both professional and recreational football and baseball players.

“Used very carefully and purposefully, weighted vests can be added to plyometric exercise,” Christopher says. “Vests can be a great precursor transitioning from bodyweight plyometrics into Olympic/powerlifting.”

How to Train Properly While Wearing a Weighted Vest

Viewed from the outside, wearing/training with weighted vests might not seem very challenging. Therefore, make sure the client understands he or she must make a goal of challenging him/herself.  “You should experience some huffing and puffing, even if you’re walking,” says Vicki Harber, Ph.D., a Professor Emeritus at the University of Alberta in Edmonton, Canada.

“You should be a bit breathless as you talk,” she adds. Body mechanics play an important role in deriving the full benefit of weighted exercises, and clients should receive periodic reminders to engage their core muscles. “All movement starts from your core, so it makes sense to keep it strong and engaged while you walk or run,” says Ellie Herman, owner of Ellie Herman Pilates Studios and creator of the Walk-ilates System, which combines walking and Pilates.

Zika Palmer, exercise physiologist and co-founder of ZAP Fitness in Blowing Rock, NC, likewise stresses focusing on the body’s movement through space when exercising with a weighted vest. To maximize momentum, she suggests “keeping (a) forward-leaning position throughout your run or walk. It should almost feel like you have to take a step to catch yourself from falling.”

Further be mindful of holding tension in the shoulders in an effort to offset the weight of the vest. If the vest doesn’t fit well or isn’t worn comfortably, it may create a whole new set of problems.

Very often we meet a client with little or no previous exercise history, or one whose foray into the gym comes directly upon discharge from rehabilitation. Such a deconditioned individual often shows improvements from wearing a lighter-weight vest at the beginning of his fitness journey. The intensity and significance of a simple walk easily get boosted from wearing the vest, a practice that involves very little impact for such a dramatic payoff. The American Council on Exercise (ACE), in collaboration with scientists from the University of New Mexico, revealed that women who wore vests while engaging in a walking treadmill session utilized 12% more energy in comparison to those without the vests.

Long Term Studies on the Horizon

Might humans, like rodents, also possess some mechanism for loading-dependent homeostatic regulation of body weight? Ohlsson and Jansson determined that the body composition changes revealed in their studies, specifically the sparing of lean muscle mass and the loss of fat mass, exceeded what one might typically expect following a training session.

They plan to focus further studies on observing whether weighted vests worn for a longer daily duration, or for more than 3 weeks, further propels weight loss. Determining the manner in which fat mass gets burned — through an uptick in energy expended while toting around the vest, a reduction in appetite, or simply a concerted effort at increasing mobility – also remains an investigative priority. We look forward to their future results!