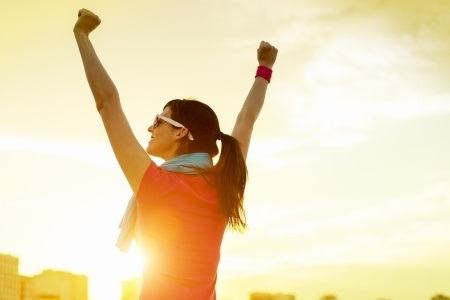 Aerobic activity should be an integral part of every exercise prescription for an apparently health individual. But how much aerobic- in relation to resistance training- depends in large part on each client’s current condition and his or her fitness goals.

Whether working with someone who was previously sedentary or a world-class athlete, fitness-related goals should be established up front. Recommendations should be as precise possible and feature objective measurement to make to ensure the client is progressing toward those goals, whether they be fat reduction, general fitness, or competitive athletics. This article will focus on perhaps the most prevalent set of goals among training clients – general fitness.

It is fundamentally important to conduct a screening for health concerns before embarking on any fitness activity, regardless of type. If your client demonstrates any cardiovascular risk factors or is over 35 years of age and has been sedentary previously, this is an absolute must.

To begin, recall that glycogen is converted to glucose and used for energy during average, to high intensity aerobic exercise just as it is for resistance exercise, the bulk of it simply coming from a different place: the liver and blood. The liver stores, with a proper pre-workout meal, can provide anywhere from about 30-400 calories of glycogen for conversion to glucose and gradual release into the bloodstream during aerobic exercise.

Through the body’s use of oxygen, liver glycogen (muscle glycogen during intense segments), along with fatty acids from the liver, circulating blood, and adipose tissue, the muscle energy needs during aerobic activity are met. The contribution of the primary substrates (sources) of that energy, however, may differ significantly depending on the effort necessary to meet the imposed demands of that activity. The higher the intensity (greater effort) of an activity, the more the body will depend on stored carbohydrate sources for energy. The lower the intensity (lesser effort) of an activity, the more the body depends on greater percentages of stored fat sources for energy. It is important to understand that at any given moment, energy is being provided from both primary energy sources and proteins. For the purposes here, we will concern ourselves with the primary energy sources.

When beginning any activity that rises above resting metabolism, the energy required to perform that activity will first be supplied by anaerobic (carbohydrate) metabolism, as it takes several minutes to mobilize fat in sufficient quantities to sustain an activity. As activity is continued, the body “catches up” as oxygen uptake increases to allow greater utilization of oxidized carbohydrate and fat for energy assuming activity is performed for a sufficient amount of time. This transition from an anaerobically dominated metabolism to an aerobically dominated metabolism is dependent on two main factors with respect to activity: intensity and duration.

If an exercise calls for near-maximal effort, such as resistance training with weights, something that cannot be sustained for long periods of time, exercise metabolism will remain dependent primarily anaerobic. That is, it will rely upon carbohydrate sources without a need for a significantly increased oxygen uptake to perform the activity. Performing an activity which is of lower intensity, such as a brisk walk or a slow jog, sustained for long periods is termed aerobic, in that it allows for an increase in oxygen uptake and the release of fat stores necessary to make use of oxidized carbohydrate and fat as the primary energy sources.

General fitness clients may already be actively involved be in some form of fitness program. They may come to a personal trainer in search of guidance and direction in further improving their fitness levels. Or, they may have moved on from an introductory or fat reduction stage to a place where they may want to develop a higher level of fitness. In such cases, the general factors of intensity, duration, frequency, and type of exercise can and should be modified to fulfill a client’s fitness goals.

Exercise intensities for a client interested in improving his or her fitness level will stay within the range of 70% to 85% of functional capacity. Intensity should be adjusted according to a client’s current fitness level as well as his or her tolerance based on the Ratings of Perceived Exertion (RPE). For the general fitness client, this should range from 13, somewhat hard, to 17, very hard. Again, evaluations should be conducted in the beginning, to accommodate each client’s initial and individualized fitness level. This may be best accomplished through submaximal pre-exercise testing and/or through the application of RPE.

Progressing, or increasing, exercise intensities call for a corresponding decrease in the frequency of aerobic training. For a general fitness client, aerobic exercise may be performed from 3-5 times per week. The higher the intensity of the exercise sessions, the fewer total sessions per week should be performed to allow adequate recovery between bouts. This will prevent burnout from overtraining and reduce the risk of injuries.

An inverse relationship exists between the duration of an exercise session and its intensity as well. Due to the stress applied to both anaerobic and aerobic systems during higher intensity training sessions, it becomes more difficult to maintain the appropriate exercise intensity due to the progressive depletion of carbohydrate sources supplying the necessary energy to challenge current fitness levels. Depending on current fitness levels and applied exercise intensity, this level of exercise may also be too uncomfortable to continue for extended periods of time.

Typical aerobic training session prescriptions for general fitness clients will last from 15 to 60 minutes depending on current fitness levels, with the average duration falling between 20 and 30 minutes (not including warm-up). It should be noted that although a progressive increase in aerobic exercise intensity is beneficial, an eventual “burning sensation” in localized working muscles is associated with localized lactic acid build up and should be avoided as this is a clear indicator that anaerobic systems are being overemphasized and exercise intensity is too high.

In review, a general fitness client’s aerobic exercise prescription should include:

A general fitness exercise prescription provide for a breadth of variety in a client’s training. Aerobic activity in this case may be more directed toward a sports-related activity such as running, rollerblading, cross-country skiing, and biking, or exercise can be performed on any number of pieces of aerobic equipment such as treadmills, ski machines, stair climbers, rowing machines, etc. Variety plays an important role in client compliance by making a higher intensity more enjoyable. And creating an exercise prescription that is enjoyable to the client goes a long way toward long-term adherence.