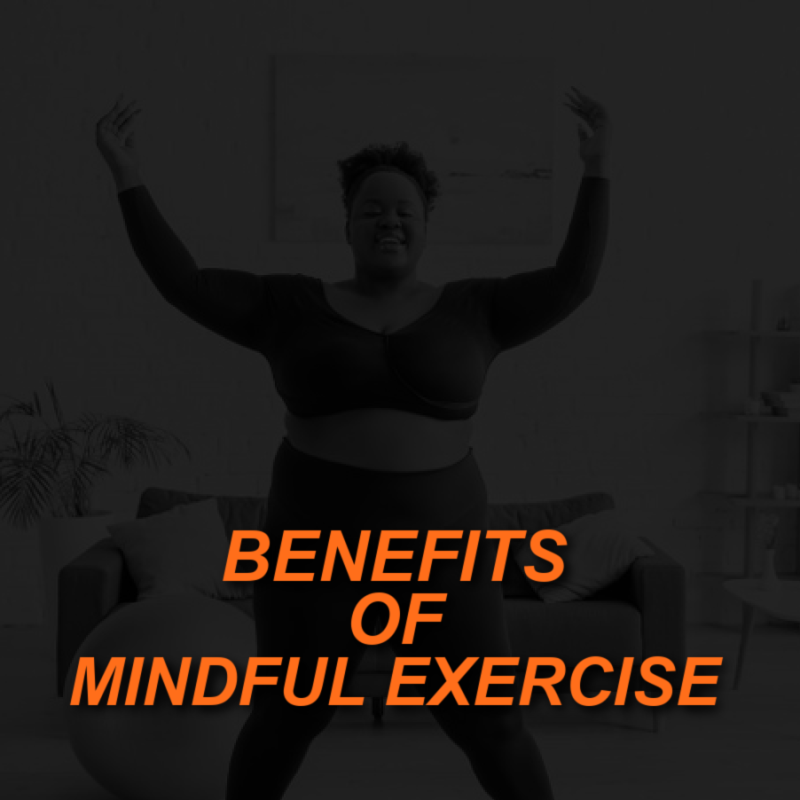 The benefits of mindfulness infrequently require much repeating, but suffice it to say, they are far-reaching. How can personal trainers teach clients to marry mindfulness to their exercise practice? We know that some clients are self-proclaimed “cardio-junkies,”  while others are strictly into lifting. We also know the yoga die-hards who prefer to move at a decidedly measured pace, clearing and centering their minds. While each boasts proven health benefits, research now shows that performing mindful exercise can foster even greater well-being when performed in tandem.

A clear mind at the onset of a workout helps maintain focus and drive throughout the exercise. Stress tends to build up in our bodies throughout any given day, yet a body overcome with stress cannot perform to its fullest potential during a workout.

Meditating immediately prior to exercise releases tension in the body, allowing one to begin his workout with a clear mind. This in turn makes workout goals more attainable, often enabling one to surpass prior limits. Meditating upon completion of high-intensity physical exercise helps the mind reflect on the workout’s accomplishments, offering a mental/physical “cool-down” before returning to the rest of one’s busy workday.

Dr. Joseph Cardillo, Research Associate for the California-based Mind-Body Science Institute International, strongly believes that combining meditation with the neurobiological effects of physical exercise results in benefits that spill over into everything one does on a daily basis.

“The more parts of the brain you use, the stronger the potion,” he says. “When we start doing things more mindfully, it’s a whole other way of thinking. And when you add it to the energy of exercise, it really helps you get what your brain and your body need.”

The success of this concept lies in the focal point of one’s thoughts and energy, specifically the breathing coupled with physical output.

Meditation activates the parasympathetic nervous system, responsible for calming the central nervous system. Most of this activity occurs in the prefrontal cortex, the analytical portion of the brain which triggers executive function and working memory. Brain studies of individuals who meditate reveal better signaling in the prefrontal cortex, and therefore a greater ability to focus, concentrate, set and achieve goals.

Rather than exhaust the body like aerobic activity might, meditation teaches proper focus and breathing aimed at reducing both heart rate and respiration. Rigorous physical activity will trigger the release of endorphins, whereas meditation will reduce cortisol, often referred to as “the stress chemical”. Hence, the beauty of integrating these two approaches to wellness.

Mental and physical (MAP) training, a novel clinical intervention that marries meditation and aerobic exercise, evolved from neuroscientific studies. Results clearly indicated that MAP training increases neurogenesis within the brain. Neurogenesis is the process by which new neurons are formed in the brain. Researchers have found that engaging in exercise can increase neurogenesis.

Fifty-two volunteers participated in an 8-week experiment involving two sessions/week of a 30 -minute cardio workout and a 30- minute meditation. Upon completion, individuals previously diagnosed with major depressive disorder reported fewer symptoms, as did the healthy (undiagnosed) individuals. Although previous research extolled the virtues of fitness as well as meditation for the treatment of depression, these current findings indicated that combining the two proved greater than the sum of their parts, particularly in increasing cognitive control processes and decreasing negative thought patterns.

Depression has been found to decrease the production of new neurons, and adult neurogenesis tends to decline with age. By increasing production of nascent neurons, scientists hope to discover innovative treatments for age-related cognitive decline, including dementia and various mental illnesses.

Approximately 50–65% of patients with anxiety disorders benefit from CBT (Cognitive Behavioral Therapy) and/or various antidepressants. However, many patients continue to suffer significant symptoms despite treatment. When anxiety disorders do not respond to traditional modes of care, some patients seek out complementary and alternative medicine. Non-conventional treatments such as the combination of meditation and exercise offer considerable promise for treating both anxiety and depression, which coexist in many patients.

The Journal of Complementary and Integrative Medicine published data in 2014 that revealed discernible improvements in neural function among patients who blended moderate aerobic exercise with meditation. Researchers examined the art of Tai Chi, a practice which most individuals tend to associate with improvements in balance and coordination. As it turned out, the data gathered indicated that the combination of mental focus and exertion which also exemplify Tai Chi yielded a greater benefit than predicted.

Mindful mechanics come into practice during one’s pre-workout warm-up. We can help guide clients to this place by suggesting they take the time to “feel” each stretch, both emotionally and somatically. Teach them to tune in to their bodies and specifically, to the muscles they are trying to focus on. Proceed with purposeful movements, appreciating each muscular contraction and its ensuing release. Exhale with the effort, and inhale in preparation for the next repetition. Keep the mind focused solely on the motions, refraining from mentally planning the workout that lies ahead.

Once enmeshed in the workout, remind the client to make each aspect of a lift count. As an example, think of executing a basic squat. Surely after weeks of training together, both trainer and client can perform this move with relative ease. However, rather than thinking about the weight loaded onto the barbell, a client can instead train his focus to include every fiber of the targeted muscle group, thoroughly ensuring full muscle engagement before moving to the next phase of the exercise. In so doing, the basic squat seems to present more of a challenge to complete successfully, and the client ends up with better form. The same works for running–performance improves when the attention is focused inward and mindful running techniques are employed.

Many trainers take clients through some basic stretches at the conclusion of their workouts. The process of including a meditative phase here at first seems a bit foreign at first but can easily evolve into a win-win practice for both trainer and client.

Trainers may choose to sit on a stretching mat with the client, both taking deep breaths (in through the nose, out through the mouth, as if blowing out birthday candles) with eyes closed. After 30-45 seconds of this, the stress-release factor will have kicked in. Another scenario has the trainer leading his client to an unoccupied corner of the gym and playing quiet, contemplative instrumental music from his phone (much like one hears during a spa massage treatment) while performing the stretches.

If you feels comfortable, have your client sit on a mat, eyes closed, while leading a guided imagery visualization. This requires a bit more skill; learning how to cultivate the proper tone of voice as he verbally weaves the tour. Practice this first with friends/colleagues prior to attempting it with a client. Again, both parties will emerge more relaxed and ready to face the day’s challenges.