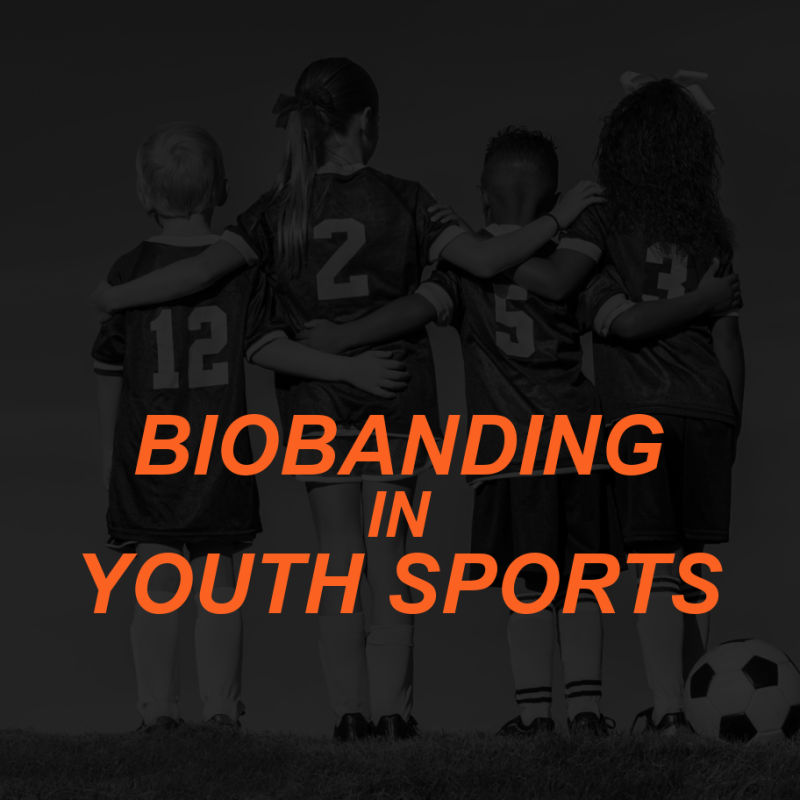 As coaches and trainers, many of us work with adolescents who show promising athletic prowess. We must take into account, however, that human development falls on a continuum; as such, not all budding athletes will mature at a level commensurate with their dates of birth. Learn about how consideration of diverse individual parameters, i.e. bio-banding, may be more helpful when assigning young people to teams, training and competition prep than simple age categorization.

How Old Are You?

Let’s first consider age versus fitness age and how this influences ability with regard to our young athletes.

Chronological age makes reference to the time since one’s birth, in years, months and days.

Biological age looks at the biological status or maturity of the athlete: pre-adolescent, adolescent, or young adult.

Technical training takes into account an athlete’s technical ability (strength training or sport-specific). All of these aspects deserve consideration when looking into youth sports teams, both as a coach and as a parent.

Establishing Oneself in a Team Setting

In most circumstances, particularly in team sports, coaches tend to group young athletes based primarily upon chronological age groups. This practice, while at first seeming reasonable, can pose inherent problems. Individuality in sports implies that no two athletes develop in an identical manner. Despite an age commonality, coaches observe great variances according to gender, ability, physical and psychological maturity, and even anthropometrics — the science that takes measure of a person’s size, form, and functional capacities.

In a perfect world, coaches could gear training programs to maximize the athleticism of each sports participant. Some exercise specialists categorize their athletes based not only on their chronological age, but also according to their biological and technical training age – something often referred to as bio-banding. This principle has only recently gained a stronghold in youth sports (competitive or otherwise).

Growing concerns regarding the impact of athletic “mismatches” have led to a renewed interest in this subject. The bio-banding theory groups athletes/teams solely on the basis of growth and maturation. The latter affects competitive placement/eligibility, talent identification, and overall training. Of equal importance, bio-banding might take into consideration both technical and psychological development of young athletes when establishing teams for training and competitive events.

Among the pioneers of enacting this theory, the New York State Public High School Association adopted a new rule for interscholastic sports. Prior to matriculating 8th grade, students seeking to participate in sporting events upon entering high school must demonstrate a certain level of development, including the following criteria:

Competitive inequity arising from variations in size and/or psychosocial development can in some cases serve to impede the skill sets of young athletes who lie on either end of the maturity spectrum. Adolescents/teens who mature in advance of their peers experience an early competitive advantage in some sports, due in large part to their size and somewhat advanced athleticism.

However, these same individuals concurrently experience fewer athletic challenges. As a consequence, the early developing athlete is often ill-prepared for future competition against physically matched and/or more mature opponents. Competitions may also encourage an early developer to play to his physical strengths, while his technical skills take a back seat.

A failure to cultivate technical skills just when the potential exists for firm reinforcement of new neural pathways may ultimately affect learning and future performance. We often hear stories of athletes whose early coaches predicted their vast potential for “future stardom”, only to find that they fall short of these expectations during their progression into adulthood.

Selection of future athletes at a young age favors those whose birthdates occur early in the sport season, creating a skewed distribution of elite athletes in team sports— a phenomenon known as the relative age effect (RAE).

In 1982, an article appearing in the Swedish journal Athletics first revealed the idea of RAE in sports, sometimes referred to as “the unknown exclusion in sports”. Today a well-known and worldwide phenomenon, RAE influences the acquisition of young athletes for future elite performance. This often renders youngsters, especially those who demonstrate elite-level ambition but have birthdays later in a sports season, with an unjustified lower chance of sport participation past puberty.

Children born shortly before the cutoff date for age grouping in youth sport programs also suffer from being promoted to higher age groups earlier than their physical and psychological maturity warrants. Sadly, age-group division benefits relatively older athletes, while increasing the risk of injury and early dropout from sports among children born later in the season.

Many parents face a dilemma when deciding whether a child born in late summer might do better academically if held back from starting kindergarten until age six. Many parents of boys choose this route, as certain aspects of social development emerge a bit later in males than in their female counterparts. Some school districts actually set a firm deadline for when a child can enroll in kindergarten, based strictly upon one’s birth date.

While professionals in early childhood academics have specific reasons for such seemingly arbitrary decisions, coaches and trainers might consider a similar approach when accepting participants into youth sports. Academically, most children catch up to their slightly older classmates over time. However, as we have read above, so much more lies at stake with physical endeavors such as competitive sports. Awareness of chronological, biological, and technical “age” can only serve to help our youngest athletes become the safest and most successful versions possible.