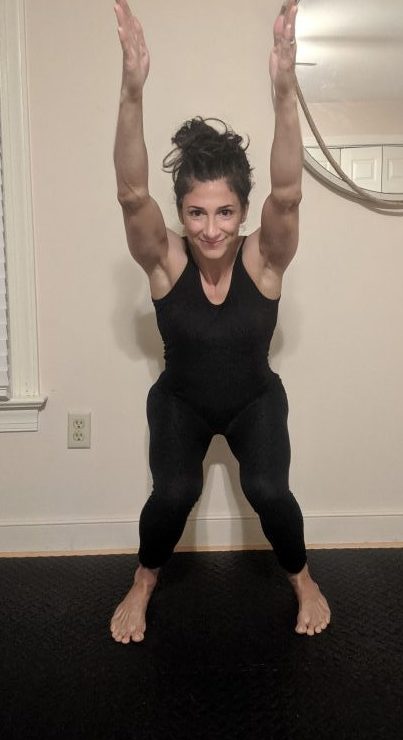 After getting familiar with performing an overhead squat assessment (OHSA) and noting any signs of imbalance or dysfunction, you’ll have to know what to do with that information to be of any help to your fitness clients. Start from the ground up, since so much dysfunction is rooted in the lower extremities, makes good, logical sense.

Specific problems with the feet are left out of this assessment because they warrant their own category of dysfunction.

(Bear in mind, when programming corrective exercise, you will want to start with any area that is causing a problem or pain first. In the absence of those conditions, start with correcting LED)

Signs of LED and What They Mean

Furthermore, tibial external rotators will be overactive with this pattern (as knees bow in, the tibia is turning out). This includes biceps femoris short head, the lateral head of gastrocnemius in addition to the same femoral internal rotators mentioned above. The lesser-known tibial internal rotators, gracilis, popliteus, semi-tendinosus and -membranosus and the Vastus Medialus Obliquus (VMO), are all underperforming.

Here’s how to determine if any of the above problems are more related to LED or LBHCD.

Have the client perform the overhead squat again, but this time with the heels raised about two inches on a half foam roll (flat side down), block or riser. Doing this will take any short plantarflexors out of the equation. If any of the noted signs vanish with this modification, then it can be attributed to LED. If it remains, the problem is more likely to be associated with LBHCD.

What To Do With Noted Signs of Dysfunction

Familiarizing yourself with anatomy and joint actions is crucial for moving forward with corrective exercise. The most sensible and conservative thing to start with is to perform myofasical release of the overactive muscles and then lengthen them with stretching.

Simultaneously, the weak musculature should be activated and strengthened. These are steps to take before integrative exercises can be implemented and OHSA re-assessed to note any progress.

*The above concepts are directly adapted from the Brookbush Institute and its Human Movement Specialist certification which I am currently pursuing.