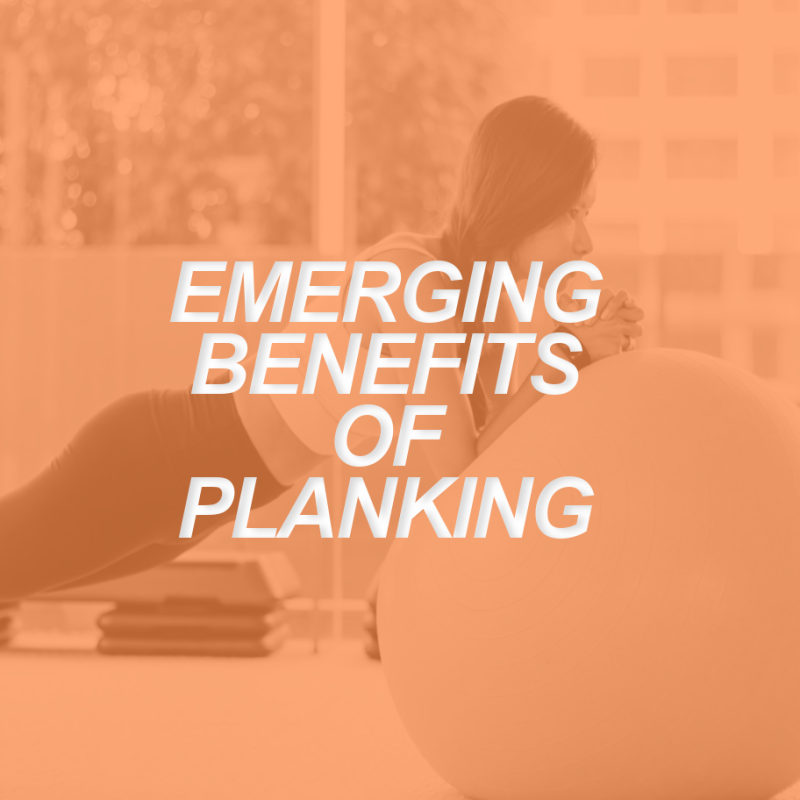 Recent research has shown there to be even more benefits of plank exercise programming for fitness clients. Further research has also shown a variety of similarities and differences in using variations of plank, multiple platforms, and variable equipment to increase the instability of a plank. In order to provide the best service and support to our personal training clients,  we should always consider new findings like these, assess to the best of our ability, and apply what we’ve learned accordingly to our practices.

Exercise has been shown to improve immune function in most cases and recently it has been suggested that exercise and general positive states of fitness in an individual help to prevent extreme negative outcomes from Covid-19 (Sliveira, 2020). Park et al (2021) wanted to test the change in immune function in an individual due to “high-intensity plank”. Park’s study also returned a number of positive, and somewhat expected, results on improved physical fitness as well.

In this case study, only one subject was used (this author and the authors of the study are aware of the inherent limitations of using only one test subject), a 43-year-old man in relatively good health. The participant was instructed to use Borg’s 20-scale RPE chart (Rate of Perceived Exertion). The participant had a visual aid of the Borg scale available during the plank to help. A forearm plank workout was performed 5 days a week, for 30 minutes.

During that 30-minute workout the subject held a plank, in good form, until he reached a 15-17 on the RPE scale or his form gave out. Planks were performed until reaching RPE 15 [hard] in the first 10 min, RPE 16 [hard to very hard] in the second 10 min, and RPE 17 [very hard] in the third 10 min. The subject would then rest for 1 minute and start again, until the 30 minutes had been reached. (In other words, the subject was not holding plank for a consecutive 20 minutes; they were shorter, unspecified stints of plank until the desired RPE was reached. Time holding plank in good form until RPE of 15-17 is reached will vary from person to person.)

The researchers reported that “muscle strength, muscle endurance, flexibility, and cardiopulmonary fitness… body weight, skeletal muscle mass, and the basal metabolic rate were increased, whereas body fat mass and fat percentage were decreased”. All great markers of an effective fitness routine. The subject also had a relative increase in performance by holding an average total amount of plank of 17:22 during the first week of testing, and gradually increasing to an average of 18:07 in the fourth week.

The study also suggested some effect on immunocyte count. Immunocytes, or immune cells, are cells that help protect us from pathogens and viruses. According to Park et al., “although the variables of complete blood count were changed positively, some were not. Specifically, CD3, CD8, and CD56 were increased, whereas CD4, CD4/CD8, and cytotoxicity were decreased.” These effects are hard to interpret for the layperson, but the researchers conclude that the exercise in their tests suggests an improvement, overall, to immune function. This research and previous literature suggest that higher intensity exercise can affect acute immune function differently than long-term immune function, and more research is needed.

There is some newer research on the plank that provides even more exciting and useful findings. Lee et al. (2016) tested the effectiveness and outcomes of doing a forearm plank on three different types of platforms. The 20 male subjects performed a plank with their feet on the ground, on inflated pads (bladders), and suspended in bodyweight straps. In all three versions, the forearms were in the same position on the ground.

Researchers used electromyography to measure muscle activity during the exercise and found a significant increase in various muscles during the suspended plank compared to the bladder and standard plank. Obliques and erector spinae, among other muscles, were positively affected by the advanced versions. However, the research showed that all three types of plank engaged, and were beneficial for strengthening most of the muscles of the core.

Selvakumar et al. ran a similar study but compared only a regular plank against a “saw” plank. A saw plank requires the exerciser to perform a forearm plank but maintain a consistent back-and-forth motion (by rocking on toes), with the body shifting slightly at the shoulders, elbows, and ankles. Thirty-two subjects were randomly assigned evenly to two groups. Over a 6-week period each group performed either a standard static plank or the saw plank. They were each tested using a standardized balance and core strength test. The results of this research show that both types of plank deliver beneficial outcomes with no significant difference.

Although the way a plank is performed and the intensity of the exercise does have an effect on various outcomes for an individual, the above-referenced research seems to suggest that any plank will provide health and strength benefits. Furthermore, the research suggests that exercising, including planks, has benefits not only to fitness, metabolism, body composition, and strength, but may provide great benefits to long-term immune function. Use this research info, as well as your individual assessments, to help develop effective programming for your clients.