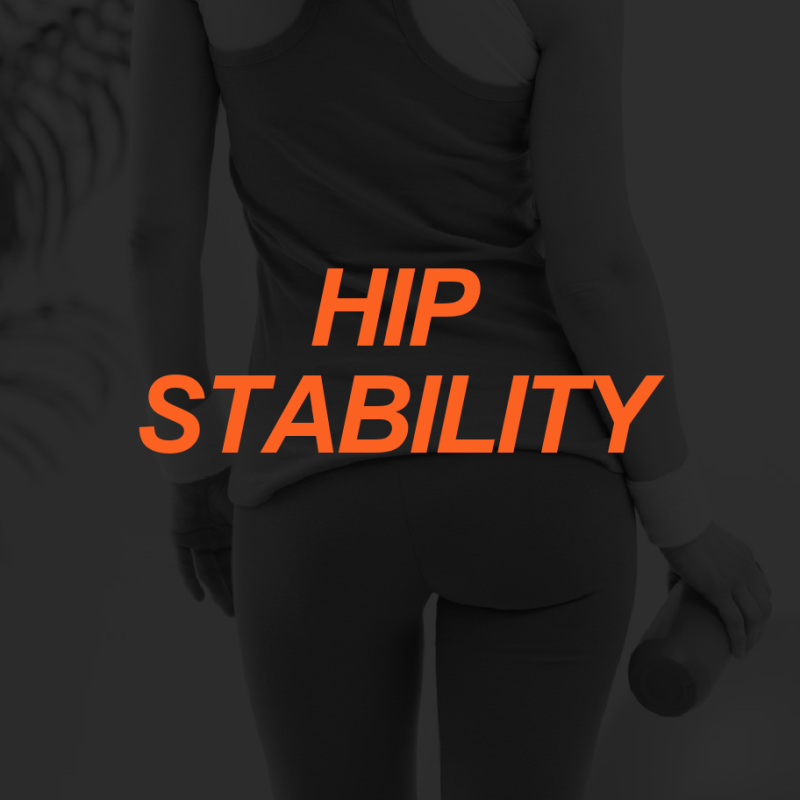 Training a runner? Here is why hip stability should be a primary focus of your training!

Did you know it is estimated that the average person who runs a marathon takes anywhere from between 55,000 and 65,000 steps? That is 55,000 to 65,000 frontal plane bipedal locomotive opportunities for not just stability, but for fatigue as well. While running, we propel ourselves from one foot, to the other. During foot strike and take-off we are effectively stabilizing on a single foot, through impact, transferring all the way up the chain to our hips.

It follows, that hip stability is going to play an integral role in running. We know that both the hip abductors and lateral lumbar flexors play an important role in stabilizing the hip during locomotion. If they are not proficient, and/or working in concert with one another, inefficient and even possibly injurious patterns may arise.

If we effectively simplify the model of running to single-leg stability and having a client stand on one leg, we know that the (abductors) gluteus medius and gluteus minimus and even tensor fasciae latae must all work to prevent the hips from dropping in the frontal plane. We also know that if a client is weak or cannot fire that musculature, we see things like valgus knee, excessive foot pronation, and other inappropriate movement patterns.

We mentioned that the lateral lumbar flexors play an important role as well (we can’t let the butt get all the attention!). Muscle groups such as the erector spinae, rectus abdominis, external and internal obliques, semispinalis thoracis, latissimus dorsi, quadratus lumborum and psoas all play a role in lumbar lateral flexion. Some may be more important than others for hip stability and running, but the important part is to consider them all and that there is a complex system and interconnection here that can all contribute to improved movement mechanics and running economy.

Now, incorporate ground reaction forces, fatigue, thousands of steps, road conditions, shoes, and many other factors, and you can begin to paint the vivid image as to why hip stability is so important for our endurance athletes and runners! It has even been shown that novice runners exhibit decreased movement stability compared to more trained runners, even regardless of shoe midsole thickness and stiffness, in one study. More advanced runners exhibit better hip stability.

To hammer the idea of hip adductor and stability importance in our runner population, we may further observe an extreme case; the Trendelenburg gait. The Trendelenburg gait is an abnormal gait resulting from a defective hip abductor mechanism. The weakness of the involved muscles results in drooping of the pelvis to the contralateral side while walking. When the hip adductors to not function appropriately, the pelvis rotates away from the planted limb, which can cause a compensatory trunk tilt to maintain center of mass.

Even if a trunk shift, or hip drop is happening on a very small scale, it may lead to larger issues over the course of training due to the excessive volume and repetitious nature of running.

First, as trainers, the best thing we can do is ensure we educate ourselves and understand the anatomical aspects of hip stability and the mechanics of running. This will empower you to be able to properly assess your client in a number of different movement patterns so that any problems or weaknesses may be addressed.

Training for hip stability and the best ways to improve it will be explored in a future article, but make sure you are assessing your runners on their hip stability and single-leg stability! Sometimes, looking at race images is also helpful to see if in a more fatigued state at the end of a run you can see any of those movement pattern faults to help ensure you are creating the best program possible for them! 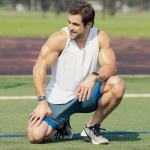 Blake Sama has been an NFPT certified personal trainer for over 15 years. He began working with clientele during his undergraduate studies at Northeastern University in mechanical and biomedical engineering. Upon graduating, he not only used his education to work in the medical device design field, but also started a Boston-based company MOVE (Movement Over Everything). MOVE’s mission is to bring a higher level of integrity to personal training and help as many people MOVE better as possible. In recent years, MOVE has steered itself to specialize in endurance athletes and runners, becoming the authority in strength training for endurance athletes.