The true foundation of a client’s fitness success is that their journey aligns concordantly with their level of fitness and progresses appropriately as they achieve set goals. Knowing the difference between core training and core strengthening is key to programming clients responsibly.

When it comes to core strength—arguably the foundation of the body’s overall strength—we as personal trainers can ensure such progress takes place by first evaluating their core functioning, and being certain that the exercises we program will be effective for the client’s current abilities.

For instance, if a 65-year-old woman, a career accountant who’s birthed four children interested in working with you explains that she has done some yoga over the years, but hasn’t followed a formal exercise program before, you wouldn’t want to start her on TRX plank-ups week one. Most of us know at least that much!

However, even putting her in a modified plank and dynamic bird dog may also be too advanced without first determining if your new client is truly “connected” to her deep core musculature at all. Jumping right to our core exercise go-to’s, even when they seem to be the simplest and most regressed versions of standard movements may cause us to overlook an inherent failure to activate the deep core muscles: the pelvic floor, the transverse abdominus (TVA), and the surrounding muscles that support the spine like the deep intrinsic back muscles, that are potentially underperforming—especially if someone is new to exercise later in life.

Further, some folks who report unexplained low back or abdominal pain tend to have inhibited core engagement, most likely due to a disruption in the way the brain communicates directly to the muscles. If this is the case, jumping right into a core strength routine will not only be ineffective but may result in more pain or injury to your client.

These terms might often be used interchangeably when discussing fitness programming but we would all do well to adhere to some agreement in the definitions since their meanings do indeed differ.

Core Activation: Attempting to isolate specific muscles of the core, (such as the TVA, diaphragm, pelvic floor muscles and multifidus) to ensure that they are functioning and integrated with movements initiated by global musculature (like compound exercises). This cannot be achieved by visible movements or “doing”, only by visualizing, cueing and feeling your way through it. A mentally difficult attempt must be made to isolate and engage the target muscles and then sustain a contraction. You can attempt to assist your client manually in this endeavor or have them use their own hands to palpate activation, when possible.

For example: lying supine, placing fingers just medial to the anterior superior iliac spine (ASIS) and attempting to engage the TVA by gently pulling the lower abdomen in towards the spine is a TVA activation technique.

Core Training: Once activation is successful and the target muscle can be contracted more readily on cue, the muscle must be taught the proper timing and sequence to fire. The purpose of these deep core muscles is to provide a stable base from which movement can take place with essential spinal and trunk support. If the muscles fire after a large movement is initiated (or not at all), pain and injury may follow. This step involves training the muscles to fire synergistically with the global musculature, but the movements are small, subtle and allow for the determination that the core muscles are truly participating. 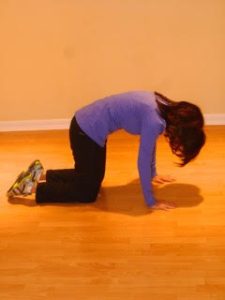 For example: Drawing up the pelvic floor muscles, pulling in TVA and connecting with the multifudus muscles of the sacral spine all at once engages the deep core muscles as a unit. Maintaining the contraction while breathing normally is the first step in core training. Performing this task in different positions like sitting, quadruped or standing is necessary before adding movement. Simple extremity movements are then added, such as abducting an arm while standing or flexing one arm only while in quadruped. These can become increasingly complex when mastery is demonstrated.

Core Strengthening: If the client can consistently show that these intrinsic core muscles are able to co-contract with global core muscles (like rectus abdominus and the obliques) and control the trunk and limbs, it is appropriate to add load and complexity to the program making way for strengthening to take place.

Of course, not everyone has to be regressed this way, but there are some indications that point to a poorly functioning core. Clients with previous abdominal surgery, past trauma or injury or recurrent abdominal pain may have a dysfunctional core system.

As mentioned above any woman who has been pregnant and certainly multiple pregnancies may have extensive pelvic damage and if the client is experiencing pain, she may benefit from seeing a pelvic health specialist. Always assess for a Diastasis Recti, since this will surely point to weak deep core muscles. Consistent bouts of mild, lower back pain or the kind that only surfaces while exercising may be due to poor core performance for pretty much anyone.

Doing the proper assessments may give you great clues, but may not always be enough. A client whose trunk collapses forward into spinal flexion during a modified Overhead Squat Assessment (hands on hips rather than overhead) is positive for an intrinsic core failure.

The following visuals signs are indicative of a deep core system that is malfunctioning:

If your client is positive for any of these signs, walk them through some core activation techniques and gauge their performance (and degree of frustration). Someone may be great at activating the pelvic floor, but with an overactive synergist like the internal obliques to dominate trunk stability, simply cannot effectively connect with the TVA.

You can help them do this!

Applying on 30% effort is recommended for these activation tasks.

The breath should be incorporated naturally into the newly integrated core contractions. The muscles should maintain performance whether breathing in or breathing out.

The client should now have control over the core muscles and not have to think about engaging them during regular movements successfully and also should not be experiencing the same level discomfort or pain in the low back or abdomen as before they started.

Strength training all the core abdominal muscles by incorporating bird-dogs, prone bridges (plank), side planks, side bridges, supine bridges and dead bugs into your client’s programming is now appropriate. Once these exercises are mastered, adding loads, complexity, instability and novel environments are great ways to progress.